skip to main | skip to sidebar

According to some other official sources, SUU-25 is mainly used for nighttime sorties. That could be the reason for some Bagram Warthog pictures with empty pylon on Station 3. Because it´s not usual to drop empty launchers/dispensers during a combat mission, it could be that these aircraft were launched or on alert for daytime sorties only.

Any reasons for removing pylons from stations 5 and 7 (as seen in some of latest Bagram pictures) are still unknown to me. Perhaps related to weight/fuel... 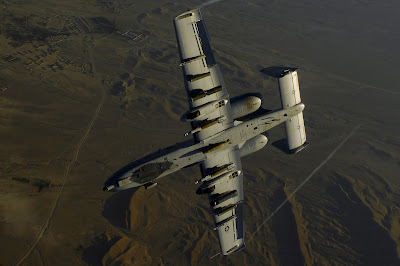 82-0659 from the 103rd FS, 111th FW (Pennsylvania ANG) returns to the fight after receiving fuel from a KC-135 Stratotanker during a mission over Afghanistan on May 29th, 2008. The pylons on stations 5 and 7 are removed. (USAF photo by Master Sgt. Andy Dunaway)

That is one of the very best A-10 OEF shots ever seen, taken together with the following picture: 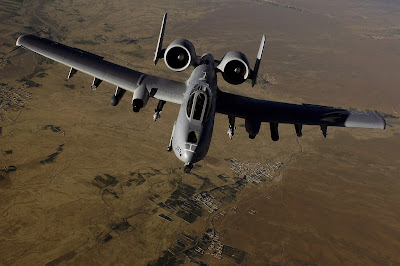 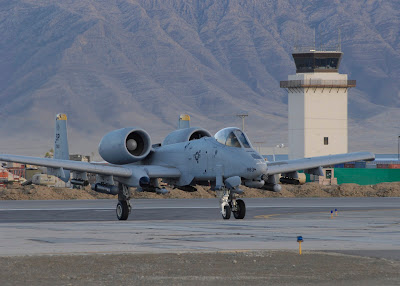 81-0983 from the 81st FS taxis on the runway at Bagram AB, Afghanistan. The runway has received many upgrades as well as a new Air Traffic Control Tower. (USAF photo by Master Sgt. Demetrius Lester)

Same standard loadout but still with installed pylons on stations 5 and 7. According to EXIF data, shot was taken on April 11th, 2008.

BAGRAM AIR FIELD, Afghanistan -- An A-10 Thunderbolt II waits on the tarmac for takeoff here on July 21, 2008. The A-10 has proven itself as invaluable throughout its more than 30 years of operation due to its combination of large and varied ordnance load, long loiter time, accurate weapons delivery, austere field capability, and survivability. (U.S. Air Force photo by Staff Sgt. Samuel Morse).. 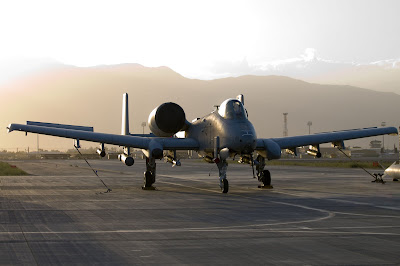 I am typically to running a blog and i really respect your content. The article has actually peaks my interest. I am going to bookmark your site and maintain checking for brand spanking new information. gsn casino games 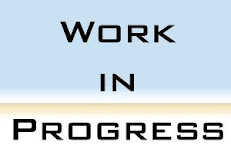 The "Hog" can carry a huge arsenal of weaponry.

Each combat loadout depends on mission. Usually, A-10s (like USAF fighter aircraft) are working either as two-ships, four-ships or in larger flights. In some cases - as a sample - aircraft of a two-ship flight are launched with different combat loadouts for greater flexibility.

Capt. Rich Erkkila from the 354th EFS inspects an AGM-65G Maverick missile mounted on station 3 of his A-10 Thunderbolt II before a combat patrol mission at Bagram AB, Afghanistan, on January 7, 2004. (U.S. Army photo by Sgt. 1st Class Joe Belcher)

Interesting private shot from the A-10 Weapons section on wwijaa4.com:
http://www.wwijaa462.com/WWIJAA/A-10/DSC00023.jpg

Interesting private shot from the A-10 Weapons section on wwijaa462.com: http://www.wwijaa462.com/WWIJAA/A-10/PatrickloadingSUU-25.jpg